Can You Rely on an Inheritance to Retire? 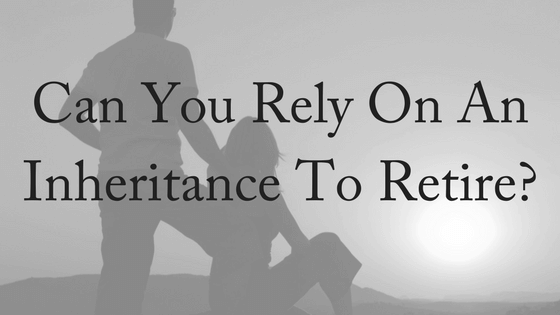 A study completed by the Financial Services Council and ING Direct has discovered that many Australians are failing to save enough in their superannuation, and are relying on receiving an inheritance to fund their retirement years.  One in five of those surveyed said that they were relying on a cash inheritance to fund their own retirements. The study found that two in five Australians didn’t know the balance of their superannuation accounts and that people in Generation Y were the most likely to underestimate how much they’d need to retire comfortably.

ING Direct executive director of customer delivery Lisa Claes said: “A large number are relying on a cash inheritance from parents or grandparents to plug the gap. The message needs to get through that far from a guarantee, inheritance is not a sound financial plan.”

Financial Services Council chief executive Sally Loane said the average Australian would need 62.5% of their final annual salary to live comfortably in retirement. The average super balance is far less than this, at $70,000 for women and $110,000 for men. Loane said: “Superannuation is the second biggest asset that most people will have during their lifetime, after the family home. Discussion about super should be just as much a part of our family dinner time conversation as property.”

The average life expectancy for Australians who are just about to retire (aged 65) is 84 for men and 87 for women. With seniors now having to fund twenty years of their non-working lives at a time when medical expenses are increasing, it’s possible to imagine that their superannuation will run out long before a large inheritance is received – or even that a large inheritance will exist for them to receive.

To Poor To Retire?

Australians are not alone in hoping that an inheritance will save them from poverty in old age. A report conducted in the United Kingdom found that a third of Britons are also relying on an inheritance to fund their retirements and 20% of Britons will not be able to retire comfortably without receiving an inheritance.

However, Britons relying on inheritance windfalls may be in for a shock as the number of people leaving significant amounts to the younger generation is falling.

The report revealed that a quarter of retirees (28 per cent) do not plan to leave much to their children while a fifth (20 per cent) intend to spend their money enjoying their retirement rather than leave it behind.

Meanwhile in Canada, the current generation of Baby Boomers say that they expect to inherit a windfall but in reality don’t know how much they will receive.

A survey conducted last year by BMO InvestorLine found that 60 percent of Canadians expect to receive an inheritance in the future. Over the next two decades about $1 trillion is expected to be passed on from one generation to another in Canada, with the primary beneficiaries being Baby Boomers. 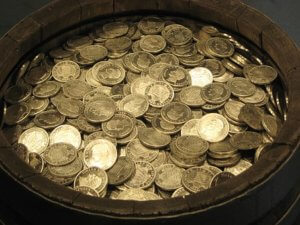 When asked what they intended to do with their inheritances, planning for the future was the top concern for many. Most Canadians (91 percent) say they would save their inheritances for “key life events,” including retirement. Likewise, 79 percent of Canadians plan to use an inheritance to pay off debts, which could also help many afford a more comfortable retirement lifestyle.

Talking about inheritance can be difficult, but the consequences of not doing so are usually far worse. If those beneficiaries find out that they have been left with far less than they expected, then disputes could arise among the various beneficiaries. While such discussions may be difficult at first, they will help avoid conflict and disappointment in the future.

New research shows that 68 per cent of Australians stick with the default fund selected by their employer – a statistic that hasn’t budged since last year. Inertia in default superannuation remains despite a swathe of new low-fee retail funds entering the market, and a growing number of younger workers claiming to be open to switching funds to get a better deal. According to the 2015 Your Super Future report, 42 per cent of workers feel they do not know enough about how superannuation works or the different funds available to make informed decisions about it.

If there’s one thing you need to make of when you decide where your super will go, it’s that you also include a binding death nomination. Your will cannot directly deal with your super, and so the proceeds of this asset must be dealt with by a binding nomination.

If you need help with drafting a will, updating a will, or if you’ve been left out of a will, we are happy to help! Please contact us today for your FREE, 10-minute phone consultation.