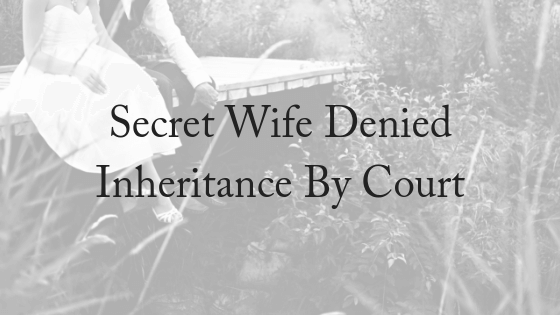 The act of marriage often means that the surviving spouse inherits everything from the deceased, but what about in cases where marriage is used as a tool to gain access to assets?

In June a New York judge ruled that a woman was not entitled to an inheritance she said was hers from a man she claimed to have married. The legal battle between the purported wife and the deceased man’s two sons lasted for years, and culminated in a 37-day trial, including over 30 witnesses.

The legal premise behind the conflict was the “elective share,” the right of a surviving spouse to one-third of the estate of the deceased spouse or $50,000, whichever is higher.

In this case, Hua Wang commenced the court proceeding, claiming she had a right to her one-third elective share even though her purported husband, Irving Berk, had a will leaving his $5,000,000 estate to his two sons.

In 1997, Wang was hired to be a caregiver for Berk. She claimed they married in 2005. After Berk died at age 100 in 2006, she then informed his sons of the secret marriage the year before. 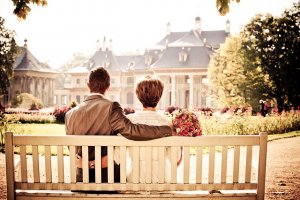 The court found that the marriage was not valid because the credible evidence in the trial proved Berk lacked mental capacity at the time of the marriage. The court also found that Wang exerted undue influence over Berk and married him “to obtain pecuniary benefits of said marriage at the expense of the beneficiaries.” The court denied Wang her elective share and Berk’s sons inherited the estate.

The protracted, and undoubtedly costly and painful, litigation in this case highlights the risks of remarriage and the effect on the children’s inheritances.

The best estate planning may not have stopped the “consistent, insidious and duplicitous conduct,” as described in the court’s decision in the Wang/Berk case. However, protecting assets for your own children requires careful planning in second marriages.

In Australia, the Family Law Act 1975 (Cth) states that a marriage is void where:
(ii) that party is mistaken as to the identity of the other party or as to the nature of the ceremony performed or
(iii) that party was mentally incapable of understanding the nature and effect of the marriage ceremony.

You may be surprised to know that the legal standard for the capacity to consent to marriage is much lower than other tests for capacity; yet the very act of marriage can affect many areas of a person’s life, including their estate planning.

This loophole is used to great effect by those preying upon elderly people suffering from cognitive decline. The act of marriage revokes any previous wills, allowing the new spouse to take some or all of the deceased’s estate in intestacy.
What’s also concerning is that the act of marriage can revoke a power of attorney in Queensland. Section 52 of thePowers of Attorney Act states that if marriage is entered into after making a power of attorney, that document is revoked if power is given to someone other than the spouse.
This will leave duly appointed attorneys without authority to act, and they must apply to a tribunal or the court in the hope of being appointed as administrators ahead of the new spouse.

Thankfully in a number of jurisdictions in Australia the court has jurisdiction to order a court made will where someone lacks capacity to do a will. Section 21 of the Succession Act says:
(1) The court may, on application, make an order authorising—
(a) a will to be made or altered, in the terms stated by the court, on behalf of a person without testamentary capacity; or
(b) a will or part of a will to be revoked on behalf of a person without testamentary capacity.

If you have any concerns about an older loved one who may be vulnerable to elder abuse, please contact us today. Our team of experienced lawyers can assist to protect the estate before major assets are lost. We offer a FREE, 10-minute phone consultation.