Should A Parent’s Killer Inherit Their Estate? 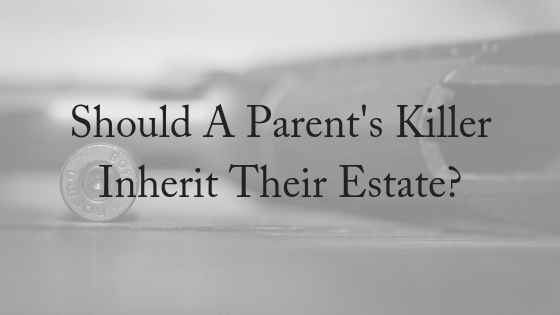 Should a man who killed his parents be able to inherit their estate?

In December 2014, Scott Settree got into an argument with his parents Ian and Margaret over a bottle of wine. They wanted him to replace one he’d drunk without asking. The 46-year-old became enraged, and shot both of his parents dead in the home he shared with them in Cobar, in north-west NSW.

Two years later, Mr Settree was found not guilty due to a mental illness thought to have initiated years earlier as a result of drug use. NSW Supreme Court Justice Stephen Campbell said there was no dispute that Settree shot his parents dead, but that he was convinced he was experiencing a schizophrenic delusion when he did so.

That verdict left Mr Settree’s grieving sister, Wendy Robinson, with a fight on her hands to stop him from accessing half of their parents’ money.

While she was successful in forfeiting her brother’s right to his full inheritance, she was ordered to put aside $50,000 from Ian’s estate and another $50,000 from Margaret’s estate as a trust for him, in addition to using estate money to pay his legal costs. All up he was set to receive about $250,000 from the parents he killed.

Ms Robinson has been petitioning NSW Attorney-General Mark Speakman to change the law so that those who kill while impaired by mental illness are no longer absolved as “not guilty”.

Ms Robinson’s efforts appear to have had some impact. Mr Speakman plans to amend the present verdict of “not guilty by reason of mental illness” next year.

Mr Speakman told Fairfax Media the current wording of the verdict “recognises a court finding that the defendant lacks capacity to understand what they’ve done is wrong”. 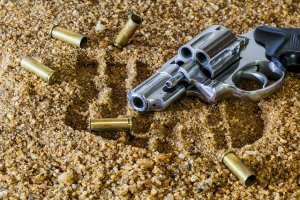 “However, this verdict can often distress victims and their families because the term ‘not guilty’ can suggest the defendant did not do the act,” Mr Speakman said.

He said the NSW government was currently working with stakeholders to change the verdict “to clearly indicate the defendant engaged in the conduct in question, although, because of their mental illness or cognitive impairment, they cannot be held criminally responsible”.

The Forfeiture Rule Bars Murderers From Inheriting Their Victims’ Estates

In Australia, the Forfeiture Rule is a long standing rule of the common law that “a man shall not slay his benefactor and thereby take his bounty”. The effect of the rule is that where a person is criminally responsible for a death of another and they stand to benefit from the victim’s will or through the laws of intestacy, they are prevented from receiving any benefit from the victim’s estate.

It’s important to know that in Queensland, the Forfeiture Rule is applied strictly.

The guilt of an offender is determined ‘on the balance of probabilities’ and not on the higher criminal standard of proof of ‘beyond reasonable doubt’. This means that the rule can still apply where an offender has been acquitted or never even tried in criminal proceedings.

A Queensland Supreme Court decision concerning the assisted suicide of a Will-maker, confirms that the strict operation of the Forfeiture Rule will apply in Queensland regardless of the motivation of the offender, for example to ease the ongoing and all-consuming suffering of a loved one.

The Chief Justice considered the application of the common law forfeiture rule, in circumstances where Mr Nielsen, named as executor and beneficiary under the will of the deceased Mr Ward, had assisted Mr Ward to commit suicide, and had been convicted of that under s.311(c) of the Criminal Code. His Honour referred to Troja v Troja (1994) 33 NSWLR 269, and also to the decision of the English Court of Appeal in Dunbar v Plant [1998] Ch 412 in which it was held that the common law forfeiture rule was not confined to cases of murder and manslaughter, and extended to assisting suicide.

If you have any concerns about the estate of a loved one, make sure you seek advice as soon as possible.

Bryan Mitchell is an Accredited Specialist in Succession Law (wills and estates), so you know you’re getting the best possible advice. For your FREE, 10-minute phone consultation, contact us today.