Should There Be An Aged Care Royal Commission? 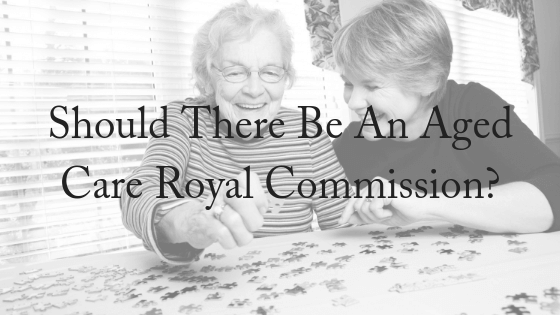 The major inquiry will investigate the extent of problems within residential and in-home aged care facilities, but there have been calls by experts to include financial abuse in the scope of the inquiry.

“We’ve seen royal commissions do a lot of good work in the past,” he says.

Mr Henschke tells John he’s been contacted by an aged care worker, who says profit is being placed before people.

“Once the permission’s been given for people to come out and tell their stories, then I can tell you people actually want to be involved.”

Why The Aged Care Royal Commission Should Include Financial Abuse

The Financial Services Royal Commission has already uncovered how many elderly people are being adversely affected by irresponsible lending.

Such lending is often the result of an agreement with a family member, for example an adult child, to help that person financially by entering into a joint loan. These loans are secured against the older person’s home, which is a huge risk if the loan defaults and the older person cannot service the debt.

To ensure that older people contemplating joint loans are aware of the downside of transactions, there needs to be greater access to legal and financial advice prior to the transaction and better training for bank employees and loan officers about responsible lending obligations and the potential “unsuitabilty” of such loans.

Consideration should also be given to larger penalties for banks that provide unsuitable loans to older people.

On the face of it, there are laws that should safeguard elderly consumers from “getting in over their head”.

When a consumer applies for credit, the National Consumer Credit Protection Act obliges a credit provider to make reasonable inquiries about the consumer’s financial situation and their requirements and objectives.

In so doing, the credit provider must take reasonable steps to verify the consumer’s financial situation.

This means that payments must be able to be made without substantial hardship to the consumer.

However, the Consumer Action Law Centre says that “it is common that these steps are not adequately followed by lenders”.

Of particular concern is when an older person is persuaded to enter into a joint loan with a third party, such as a son or daughter. These loans are invariably secured by the older person’s property, with the younger person agreeing to pay off the debt. 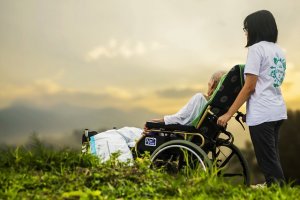 If the adult child does not pay off the debt, the older person — who is often asset-rich but income-poor — may be unable to service the loan.

The older person’s property will be repossessed by the lender, forcing them to relocate, enter the rental market, or even become homeless.

The loans may arise simply because the older person wants to help their adult child through a difficult financial period. It is understandable that a parent would want to help if a business is failing or a child is at risk of losing their house.

Karen Cox of the Financial Rights Legal Centre noted at the royal commission that these loans are: “Outright exploitative … elderly persons [are] left in dire circumstances as a result of a loan for which they’ve seen absolutely no benefit.”

Similar comments apply to other financial transactions made for the benefit of a third party such as entering into a “reverse mortgage“. This is where the older person takes out a loan against the equity built up in a home (or other asset), with the money given to a child to buy a house or prop up their business.

Meanwhile, in an effort to combat physical abuse and neglect in aged care facilities, many worried loved ones have been putting independently monitored CCTV cameras in nursing homes.

Fairfax Media and ABC Four Corners have exposed endemic abuse and toxic conditions in the industry since 2017, including allegations of lethal drug doses, physical abuse of residents and bullying of dementia patients.

On Monday, Mr Morrison said he could not walk past the “disturbing and alarming increase ” in the level of substandard care across the sector, as a record number of Australians prepare to place their relatives in aged care.

“The decision that Australians make about loved ones going into residential aged care is one of the hardest decisions that they make,” Mr Morrison said on Monday.

“This royal commission provides the opportunity not to have a superficial understanding of the issues, but a detailed understanding that can be the basis for this chamber and the other chamber to work together to ensure that we can deliver on the needs of Australians.”

At Estate Battles, we are experienced in dealing with all aspects of elder financial abuse and elder law. If you have any questions, please contact us today for your FREE, 10-minute phone consultation.