Siblings at War over $400 Million Estate 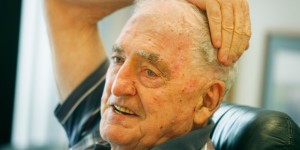 Hugh Green, multi-millionaire cattle trader, found himself in an impossible situation while terminally ill in the months before his death.

Caught between his son and daughter, he seemed uncertain about how his family should handle his $400 million empire after his death. On one hand, his daughter Maryanne had worked alongside him for nearly twenty years in an executive role. On the other hand, his son John returned to the family business after a 15-year absence, determined have a place in running the empire.

John began to pressure his father to remove Maryanne from the various trusts and to write a new will. During his final months, Hugh removed his daughter from the trusts and voted to expel her as director of the group of companies. Hugh Green died only a few months after writing his final will in July 2012.

Over the next three years, Maryanne fought to gain control of the business she loved, describing it as a business she had “lived and breathed”.

In June this year she won a major victory in the High Court of New Zealand, which ruled the final will of her father to be invalid. That document had allowed John, another sibling and a lawyer to be appointed co-executors. Though it seemed a small change, it meant that they could add or remove people to the trusts that controlled the entire business empire.

The court also ruled that when Hugh removed Maryanne from the trusts and as director, that he had been unduly influenced by John, but didn’t agree with Maryanne’s assertion that Hugh had lacked mental capacity when he added the new executors.

For Mayanne and John to be at war was not unusual, the court heard. In 1994, John had been removed as trustee due to an investigation into dishonest business transactions. His hostility towards his sister has remained unabated since then.

Undue influence in probate (or in the area of wills) is coercion of the mind so as to produce an act contrary to the intention of the will maker. Actual and effective coercion must be proved. In probate it is necessary to prove how a will maker’s intention has been changed due to the influence.

In this case, Maryanne was able to prove that the decisions her father made about removing her from the business had come from pressure exerted on him by John.

Contact us today for a free 10-minute phone consultation.