Writing a will can be an opportunity for some people to explore their creativity, and there are certainly many examples of people who have made very strange will requests. If you are thinking of making your will as strange as possible, you’ll have some competition. Here are the main contenders for the very strangest in will requests.

Will Requests: Your Entire Fortune

Leaving Your Entire Fortune To A Stranger

In one of the most recent cases of strange will requests, an Italian accountant named Franco Fiorini made an apparently inexplicable decision to bequeath his entire fortune, estimated at roughly $1.7 million, to the neuroscientist Elena Cattaneo, whom he’d never met. Cattaneo is hardly an undeserving recipient; she’s a hugely prominent pharmacologist, one of Italy’s biggest scientific names, a politician, and a groundbreaker in the study of stem cell biology and neurodegenerative diseases like Huntington’s, all from her laboratory at the University of Milano in Italy. It’s unclear if Fiorini was himself affected by a disease that could have been helped by Cattaneo’s research, but Cattaneo herself is clear that she’d never heard of the man, and thought the bequest was a joke when she was first informed about it.

[Tweet “Strange will request #1: leaving your entire fortune to a dog.”]

Leaving Your Entire Fortune To A Dog 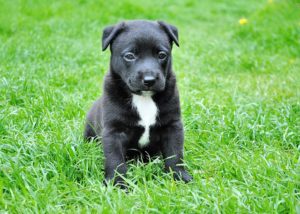 In one of the most infamous wills in history, the much-loathed American businesswoman Leona Helmsley left the entirety of her fortune, about $12 million, to her pet dog Trouble when she died in 2007, cutting off her family members. A judge later reduced Trouble’s legacy to $2 million, which was sufficient to let the dog live in pampered luxury (with a full-time security guard to protect it against death and kidnapping threats) until 2011, when it died at the age of 12 with many health issues.

If this hasn’t been made into a film yet, it should be: a Portuguese aristocrat with no children or family decided to divide his fortune between 70 random strangers. The aristocrat astonished his collection of inheritors in 2007 when he died: he’d picked all 70 names at random out of a Portuguese phone book 13 years previously.

A Canadian attorney died a childless bachelor, but he left $568,106 to the mother who gave birth to the most children in Toronto in the 10 years following his 1928 death. This bequest prompted what Canadians called “the Baby Derby” as mothers raced to win the fortune. Finally, in 1938 four winners split the prize after giving birth to nine babies apiece.

It’s not clear how he originally made 200,000 pounds, but when Henry Budd died in 1862, he left his substantial fortune to his two sons on the condition that neither sullied his lip with a mustache.

[Tweet “Strange will request #2: leaving your entire fortune to your favourite town.”]

Leaving Your Entire Fortune To Your Favourite Holiday Destination

When self-made millionaire financier Keith Owen, 69, was diagnosed with cancer and given just a few weeks to live, he decided to donate his entire £2.3m fortune to his favourite holiday spot, Sidmouth in Devon.

The money was given to the Sid Vale Association, with the stipulation that some of it was to be spent on one million flowering bulbs to keep the coastal town awash with colour. His will specifies that the capital should not be touched, but that the interest – about £125,000 a year – be spent on maintaining the town and two nearby villages.

Leaving Your Entire Fortune To Nobody 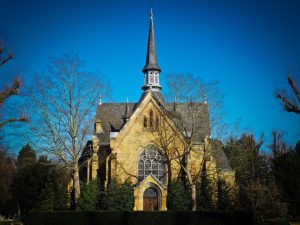 In one of the more bitter will requests in history, Michigan millionaire Wellington Burt used his will to put his enormous wealth out of reach of his family for almost a full century. When he died in 1919, his will was discovered to specify that his vast fortune would not be passed on until 21 years after the death of his last surviving grandchild. She died in 1989 and the 21-year countdown ended on November 2010. About 12 people discovered they were beneficiaries of the strange will, described as a “legacy of bitterness”, and they shared a fortune estimated to be worth $110 million.

Will Requests: Your Funeral

Setting A Dress Code For Your Own Funeral

In addition to the above, Dickens also wrote that he was not to have a public funeral and the place and time of his funeral were not to be made public. He also requested an inexpensive and simple funeral with only three plain “mourning coaches”. His will requests were ignored – on a grand scale! He was honored with a huge funeral cortege, with all members present in full funeral regalia. His funeral was a national event.

Will Requests: The Afterlife

Requesting That Your Wife Tries To Contact You Via Seance

In one of the most spooky will requests, the famous illusionist Harry Houdini in his later life became very interested in spiritualism and seances because of the great loss he felt upon the death of his mother. In order to prove it, Houdini left his wife a secret note with 10 randomly selected words that he would communicate to her after his death. For 10 years his wife held a seance on Halloween; Houdini never turned up.

In another contender for the title of spooky will requests, John Bowman requested that dinner be prepared every night after his death in case he came back to life.

Bowman’s wife and two daughters had died before him and he became convinced that when he died, his entire family would be reincarnated together. Driven by this odd belief, he set up a trust worth $50,000 to pay servants to keep up the housework in his 21 room mansion. He also requested that a daily meal be prepared in case the family returned hungry. The will was honored until the trust ran out of funds in 1950.

Of course, just because you write it in your will doesn’t mean that it’ll happen. Under Queensland law, the will maker has an obligation to make provision for immediate family members, so cutting off a spouse or child is not necessarily an option. Unhappy family members have the opportunity to challenge your will if they feel that it isn’t fair. That’s why we recommend that you seek specialist advice about how to write your will in such a way that the risk of litigation is reduced. We also recommend communicating any of your strange will requests to your family prior to your death, so that they know it’s coming.

Bryan Mitchell is one of only 43 Accredited Specialists in Succession Law (wills and estates) in Queensland. For your free, 10-minute phone consultation, contact us today.