The Most Heartbreaking Fraud 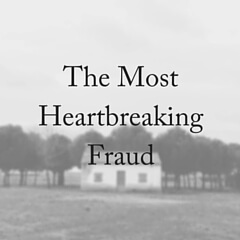 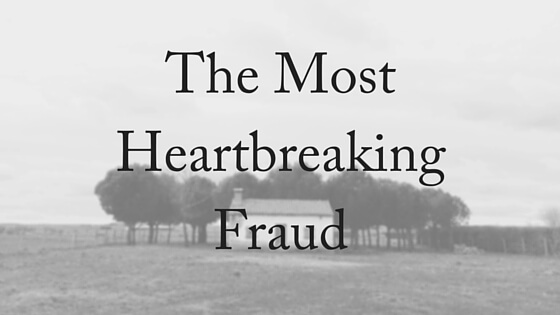 The most heartbreaking fraud is that which happens to the most vulnerable people in our community,

When fraud happens to older people, it is called financial abuse. Elder financial abuse is the improper or illegal use of an older person’s funds, property or resources and in our aging population it is on the rise.

Recently it was National Consumer Fraud Week.  This year Scamwatch (run by the ACCC) had their campaign focused on older Australians to help them ‘Wise up to Scams’. According to statistics from the ACCC, more than $27 million has been lost in scams by Australians already this year.  More than 46,000 reports have been made, with more than 40% being made by those over 55 years of age.  The objectives of this year’s campaign was to:

[Tweet “Elder financial abuse is often an ‘inside job’.”]

What is quite scary is that it is not always people we don’t know that we need to worry about – it can be those closest to us!  Fraud does not need to be a complicated scam by an outsider.  The Australian Fraud and Corruption Control defines fraud as:

A dishonest activity causing actual or potential financial loss to any person or entity including theft of moneys or other property by employees or persons external to the entity and whether or not deception is used at the time, immediately before or immediately following the activity. This also includes the deliberate falsification, concealment, destruction or use of falsified documentation used or intended for use for a normal business purpose or the improper use of information or position.

The most heartbreaking scam is the ‘inside job.’  This is one happening everyday in families from all different backgrounds and socioeconomic levels.  Scott Pape (Barefoot Investor) is an investment advisor and radio commentator from Melbourne who had a woman ring his show for advice a few years ago:

Woman: “A year ago my mum had to go into a nursing home because she has dementia.

She has almost $115,000 in savings which she no longer has any use for, and I have a son who has just been accepted into acting school in New York.

My siblings and I are wondering what the cost implications would be if we take the money out now and divide it between the family. 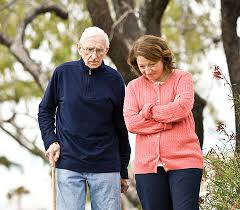 Will we pay more tax doing it that way?”

Barefoot: “Can’t you wait until the poor woman dies?”

Barefoot: “You are stealing her money.”

Woman: “No, I’m calling because I want to know about the tax implications of …”

Barefoot: “No, you are stealing her money.”

‘Inheritance impatience’ is one of the drivers of elder financial abuse. Advocare research suggests that family members make up 89% of perpetrators.  Some of the different and reported ways in which family members may rip off their parents include; using their ATM card for more than ‘basics’; getting the elderly parent to sign financial documents under duress or ignorantly; and ‘borrowing’ money with no intention of paying it back.

Why it happens varies, but some common factors as to why the parent doesn’t ‘tell’ are often love and reliance.

NSW Police Detective Superintendent Rob Critchlow says older people who are isolated or dependent on others – perhaps as a result of dementia – are among those most at risk. “Once the money is gone it’s very hard to get back,” says Critchlow, adding that the ripple effect of someone being defrauded later in life is significant.

A Wollongong man was recently sentenced after abusing his position as power of attorney for his unwell father.  He spent $157,000 of father’s life savings.  Another woman, Sharon Young from Queensland, was charged with the fraudulent use of a $200,000 trust established for her 80 year old mother.

It’s not just blatant thieving and deceit going on. Family members with ‘inheritance impatience’ are robbing elderly parents in a “casual larceny” of money from their bank accounts.  They think that it’s okay to raid the account for school fees or to finish off the home renovations. Sue Field, an adjunct fellow in elder law at Western Sydney University says that it is a more widespread cause of abuse than the deliberate con man.

How to protect the elderly from fraud 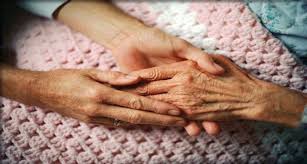 Watch for changes in older person’s appearance or mood

Recognise signs of financial abuse, such as unpaid bills or missing money

The biggest risk factor for financial abuse is cognitive impairment in the older person. Ensure that the correct legal protections are in place

If you suspect elder abuse then seek legal advice immediately.  Please contact us for a free, 10-minute phone consultation with one of our experienced lawyers.