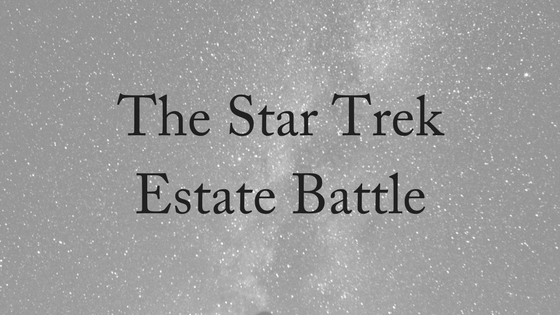 The Star Trek estate battle was out of this world, containing everything that a celebrity court battle requires.

Gene Roddenberry was an American screenwriter and producer and is best known for creating the Star Trek television series and science-fiction franchise.  The Star Trek franchise has produced story material for almost five decades; resulting in six television series consisting of 726 episodes, and thirteen feature films. Additionally, the popularity of the Star Trek universe and films inspired films, books, comic books, and video games. It is safe to say that Roddenberry has been a strong influence for many generations.

Roddenberry was married twice, and had three children; two daughters with his first wife, and a son with his second wife. At the time of his death at age 74, his estate was worth $30 million. His will revealed that most his wealth would be left to his second wife, Majel, whom he had been married to for 22 years, in a trust.

He additionally left a lump sum to his children and his first wife, as well as a percentage share in the revenue from Star Trek movies, television shows and merchandise. He also included a clause in his will which stated that if anyone contested the will, they would be immediately disinherited. You would assume that from these details, Roddenberry tried his hardest to provide for everyone in his family, including his first wife.

As is so often the case in blended families, his daughter from his first marriage contested the will, claiming that Majel had unduly influenced Roddenberry when he made his will. The case took several twists. The Los Angeles Superior Court removed the executor, Majel, ruling that there were improprieties in the trust. The court also ruled that he had hidden assets from his first wife during their divorce and ordered that he repay his first wife $4 million in punitive damages.

The California Court of Appeals eventually made the final ruling on the case, finding that Roddenberry’s original will would stand, that his first wife was not entitled to punitive damages and that the daughter who had contested the will would be disinherited. The five-year court battle ended when the daughter lost the case, the lump sum of $500,000 and the percentage of any Star Trek revenue.

How to Avoid a Star Trek Estate Battle

In Queensland, the law doesn’t make it quite so easy to cut your children out of the will. In fact, the law presumes that spouses/partners, children and other dependants will be adequately provided for by a will. Section 41 of the Succession Act 1981 states that: 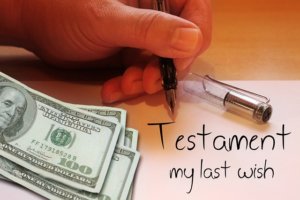 Therefore a judge has reasonably wide power to determine what they think adequate provision and proper maintenance and support means. It’s true that this must be determined in a case-by-case basis. The court will take into account:

Although it is tempting to think that your will is impermeable, the truth is that the law requires will-makes to exercise a moral duty to provide for their immediate family members. The law provides a potential remedy for family members who feel they haven’t been provided for adequately, through contesting the will in court.

If you are a partner or spouse, child or stepchild or dependent (in limited circumstances) of a will-maker, and you feel you haven’t received a fair inheritance, you may be able to challenge the will.

Or if you’d like to ensure that your will is fair, clear and thorough, it’s important to speak to a specialist in succession law.

We can help with both situations. Contact us today for your FREE 10-minute phone consultation.