How To Add A Titanic Clause To Your Estate Planning 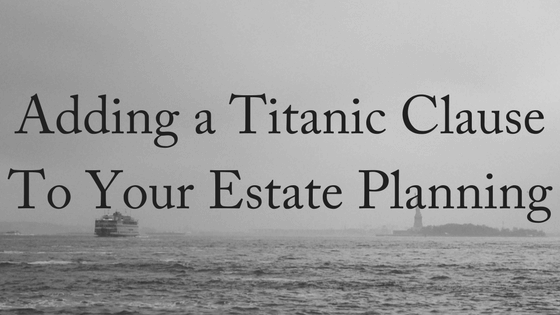 A Titanic clause is something you should consider when reviewing your estate planning. Also known a simultaneous death, a Titanic clause provides detail about what should happen if both you and your spouse or de facto partner pass away at the same time. It can also refer to you and a business partner.  The clause gets this colloquial name from Ida Straus’s famous refusal to abandon her husband, Macy’s department store co-owner Isador Straus, and leave the sinking ship. The elderly couple died together in that maritime disaster. In legal terms, the provision is usually known as the common disaster or simultaneous death clause.

When You Would Need a Titanic Clause

Spouses. Most married or de facto partners leave their assets to their surviving spouse, but what would you do if both died in the same car accident, for example? Some of the issues that would need to be addressed by a Titanic clause would include: who will take immediate care of your minor children? Should your assets be held in trust and who should be responsible for that trust? If you aren’t around the guide your children into adulthood, are there conditions you’d place on their access to your estate?

Business Partners. You might have an agreement that if one business partner dies, the other will assume control of the business. What happens if you both die in a plane crash while on your way to a conference? Who will take control of the business? What will your spouses receive and who will decide that? How will you split clients, assets and goodwill? What will happen to your employees – will they lose their jobs or is there capacity in one or more to take over the business? 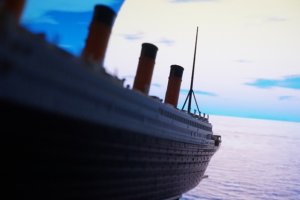 The order in which married couples die is an important consideration, particularly in cases of blended families where one spouse’s Will may not mirror that of the other. The simple answer to this question is that the Will of the first to die takes first effect.

Depending on what the Will of the first to die says, their estate may pass to the second to die or may bypass the spouse and go to children or step-children. The order of death may create an injustice because the parties may have anticipated that the younger person would survive the older person and have made Wills accordingly.

In some cases it may be possible to determine the order of the deaths if one or more were alive when found or hospitalised before they passed away. However, determining which person passed away first will be more complicated where both parties passed simultaneously.

In the situation where both parties died simultaneously in an accident or were found deceased together then the legislation deems that the oldest person died first. This has obvious effects on how the Wills of the individuals are treated as well as any business succession agreements are interpreted. This needs to be taken into consideration when succession planning, rather than simply assuming that the older spouse/partner will pass away first.

Another potential wrinkle in simultaneous death: What happens if one of the persons is the executor of the other’s will? Or where each other had been named as executors of each other’s wills? Effectively, there is now no executor of either will – so who should get this job?

Without a backup plan, you may see a person appointed as executor of both wills who is unsuitable for the job.

What A Titanic Clause Says

One of the ways to overcome this sort of difficulty is to provide in Wills that for example, “I leave everything to my Wife if she survives me by 30 days”. This is the “Titanic clause”. Generally, if people are going to die from an accident they will do so within that short period of time. That avoids the confusion that might arise through simultaneous or uncertain order of death and also avoids the need to pass everything from one estate to the estate of another person who has already died. 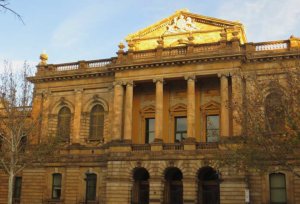 In the matter of In the Estate of Graham William Dawson (Deceased) and Teresa Veronica Dawson (Deceased) [2016] SASC 89, a husband and wife were involved in a motor vehicle accident in which they both died. There was no evidence as to which of the two died first, or whether they died at the same time.  It will therefore remain uncertain who died first.

One of their assets was their main residence. They held their respective interests in this property as joint tenants. They each left mirror image wills which identified beneficiaries in the event the survivor of them did not survive the other by 30 days. Of particular relevance was clause 2 in each of the wills which states:  “Where the order of deaths of any persons named in this Will is uncertain, this Will is to be interpreted as if the deaths have taken place in order from the oldest first to the youngest last.”

The executor of both wills asked the court to declare that a presumption arose that Mrs Dawson survived her husband. The right of survivorship means simply that, on the death of a joint tenant, the interest of that joint tenant passes by the right of survivorship to any remaining joint tenant or tenants. On the facts of this case, if one of the deceased died before the other, then the whole of that person’s interest in the property passes to that other and falls to be dealt with in the estate of the person who survived the longest. In this case, it would mean that Mrs Dawson’s estate would receive the entire value of the main residence.

The question was how to deal with the jointly held property where there is the presence of an identical clause containing a presumption of death based upon age in each of the two deceased’s wills. That is, can you rely on the presumption contained in the wills to sever the joint tenancy and subsequently deal with the property in accordance with the will of the youngest?

The presumption of survivorship of the younger has been legislated in some Australian jurisdictions. No such legislation currently exists in South Australia. The Law Reform Committee of South Australia considered the issue in the 1980s.  It recommended that legislative reform be undertaken, but no such steps have been undertaken.

Therefore, the Supreme Court was required to determine whether clause 2 of the will has any effect on the common law position. His Honour held:

Ultimately, the court held that no presumption in respect of the order of death arises at common law. This means that the value of the property would be split evenly among the estates of husband and wife, rather than flowing entirely to the wife’s estate.

Have you considered the Titanic clause in your estate planning? Find out more about this by speaking to Accredited Specialist in Succession Law (wills and estates), Bryan Mitchell. Contact us for your free, 10-minute phone consultation.