Unequal Inheritance Is On The Rise 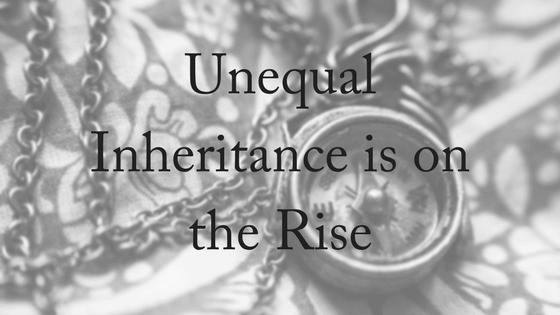 We are society that expects equality. We expect it, but we don’t always get it. But should we expect equality when it comes to our parents’ inheritance? Should we ‘expect’ anything? Why is the notion of an unequal inheritance so upsetting?

Unequal inheritance is on the rise. In more recent years, it has become increasingly so that parents choose to divide their estates unequally.  In “Unequal Bequests” (NBER Working Paper No. 21692), Marco Francesconi, Robert A. Pollak, and Domenico Tabasso analyze a nationally representative sample of parents in the Health and Retirement Study from 1995 through 2010. The survey contacted more than 26,000 Americans, interviewing them at two-year intervals. Of these, 21,140 had more than one child, and 5,082 had both genetic children and stepchildren.

[Tweet “It has become increasingly so that parents choose to divide their estates unequally.”] 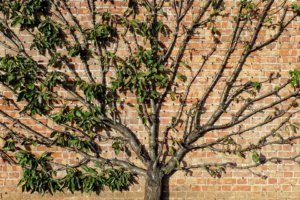 Among parents over 50 who reported having wills, the fraction treating their children unequally rose from 16 percent to 35 percent over this period. Parents with stepchildren were about 30 percent more likely to be planning unequal bequests than those with only genetic children. The overall trend away from equally divided bequests appears to be driven in part by the increasing prevalence of parents with stepchildren.

But for many parents who do have close relationships with all of their children, they still struggle to decide what is fair for their children – not necessarily what is equal.  When your children have chosen different occupations that have a wide gap in how well they pay, do you give more to the one who will never earn the big bucks even though they work just as hard?  For some the question is not about how much they earn but how wisely they use their money.  If you have one child who earns a modest income but has a gambling addiction, is it wise to give them an equal share of your inheritance, knowing that it is likely to be lost?

For some parents favouritism started long ago and regardless of their children’s current financial positions they intend to give more of their estate to one than another. Of course, these children that are placed on the second tier are more likely to then contest the will of their elder, arguing that it is unfair.  But children can feel like they’ve been treated unfairly even when dollar amounts are the same among all of the siblings. The feeling of being treated unfairly is likely to have historical roots. People have a way of carrying hurts and grudges for a very long time, especially if they have felt unfavoured or treated differently in the past. That’s why

Is An Unequal Inheritance Unfair?

Whether an unequal inheritance is unfair is often a subjective response.  What an unequal inheritance looks like can seem unfair – especially if there is no explanation.  This is why communication between parents and children is so important when it comes to understanding the ‘why’ of a will.  The ‘what’ is usually fairly clear, but without a context can be confusing.

Is it unfair for people to leave their assets to whom they want? We have the right to leave our money and possessions to whom we want as long as we make adequate provision in our will for family members. Adequate provision does not necessarily mean an equal division of the inheritance. But if we’re not leaving an equal inheritance then a family meeting can help family members understand what our wishes are and why.  Of course, you’re not obligated to let your family know what you intend, but it will certainly help to reduce conflict amongst them when you die.  Communicating your wishes clearly and with honesty is likely to reduce that sense of entitlement your children may have regarding the inheritance you’re building.

NSW Supreme Court judge Mich­ael Pembroke believes that nobody has an automatic right their parents’ hard-earned fortune. He has backed those parents who speak from the grave, in denying greedy, 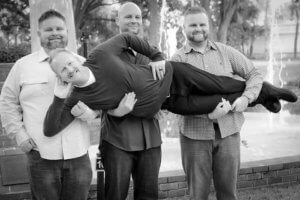 dysfunctional or spoiled children a windfall from their estate. “One of the freedoms that shape our society, and an important human right, is that a person should be free to dispose of his or her property as he or she thinks fit,” Pembroke said. This means that parents “may dispose of their estates as they see fit” and that siblings have “no automatic right to equal­ity between them. That may be the system in European countries, but it is not the law in Australia”.

[Tweet “Nobody has an automatic right to their parent’s hard-earned fortune.”]

The most recent case to come before Justice Pembroke, Kral­jevic v Kraljevic, involved a family with three children. The parents came to Australia from the ­Balkans in the 1950s, and established a mushroom farm. One son, Mario, stayed on the property after his father died in 1991, helping his mother to keep the business alive. When the mother died, the land upon which the farm was built was sold for about $14 million.

The mother decided to leave three-fifths of her estate to Mario. His siblings, Vili and Vesna, promptly went to court, where they ran into Justice Pembroke. “Each plaintiff in this case has received more than $3.2m from the estate of their late mother,” he said in his judgment. “They are not satisfied with that amount and want more.” He refused to give them more, saying the siblings were “moti­v­ated by little more than an underlying desire to obtain more money” and their mother was well within her rights to leave a greater slice of the pie to Mario.

If you haven’t had that conversation with your family then now is a good time to get started. At Estate Battles we can help you to do that.  Our wills and estates lawyers can help you to write a will according to your wishes. With our knowledge and experience you can be confident that your estate planning is in good hands. We offer a free, 10-minute phone consultation. Please contact us, today.