Is a Video Will Valid? 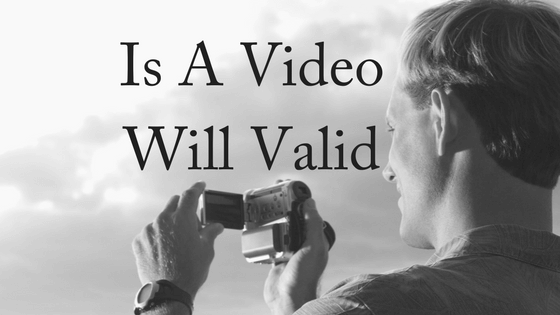 As the speed of technology increases, so does the way in which people leave their last wishes. In some cases, a will maker has made a video will. But is a video will valid and can it be challenged in court?

To be a formal and valid Will a document normally needs to meet the requirements of Section 6 of the Succession Act. Section 6 states that for a Will to be valid it is required to:

I.         be in writing and signed by the testator or by some other person in the presence of and at the direction of the testator,

II.         the signature must be made with the intention of executing a will, in the presence of at least 2 witnesses at the same time, and

III.         at least 2 of those witnesses must attest and sign the will in the presence of the testator.

A video will cannot meet this criteria, and therefore is  considered to an informal will. It then becomes up to the Court to decide whether the video will is also a valid will.

One case where a digital will was accepted by the Court as valid was in the Queensland case of Re: Yu. After Mr Yu’s tragic suicide, a number of documents were found on his iPhone, including an entry into his “notes” app, which set out his intentions for the division of his estate and the appointment of his brother as executor.

The success of this case rested entirely upon the very unique circumstances of this man. He used the official language of formal Wills, had no other written Will, and had created other documents on the phone supporting the validity of his intentions.

Why a Video Will is an Informal Will

An Informal Document can be considered a Will 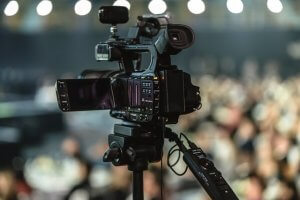 Despite the above, Section 8 of the Succession Act allows for special circumstances when an informal document can be admitted into probate and gives the Court the power to dispense with the above formal requirements of a Will.

To be admitted into probate the document, if it does not meet the formal requirements of section 6, needs to be found by the Court to state the final wishes of a deceased person.

The definition of a document also has a wide range. It can include ‘anything on which there is writing, or anything on which there are marks, figures, symbols or perforations having a meaning for persons qualified to interpret them, or anything from which sounds, images or writings can be reproduced with or without the aid of anything else, or a map, plan, drawing or photograph.’

The Court can make a variety of orders depending on whether the court is satisfied that the person intended it to form their will, an alteration or a full or partial revocation of the deceased’s Will.

There are certain criteria that the Court has to apply in making its determination on whether the informal document should be treated as a Will. The Court is able to take into consideration any evidence relating to the manner in which the document was executed, and any evidence of the testamentary intention of the deceased, including evidence of statements made by the deceased to other people and surrounding circumstances when creating the informal document.

In Australian law, for someone to execute a valid will, they must:

When it comes to making your final wishes known, always seek legal advice. Creating a video will or leaving your will to be interpreted by the court can create a lengthy, draining and costly legal battle for your loved ones.

Contact us today for all your estate planning needs – we offer a FREE, 10-minute phone consultation.