What Is A Deathbed Will?

On of the most interesting cases of a deathbed will is illustrated at the law library of the University of Saskatchewan College of Law. On 8 June 1948 in Saskatchewan, Canada, a farmer named Cecil George Harris who had become trapped under his own tractor carved a will into the tractor’s fender. It read, “In case I die in this mess I leave all to the wife. Cecil Geo. Harris.” The fender was probated and stood as his will.

What Is A Deathbed Will?

A deathbed will is a will that is created and executed when the testator is already facing imminent death.

Writing a will before your death – even if it is just hours prior – is a smart move.  It usually means that your estate is then divided up according to your wishes, rather than according to the rules of the state.  It also means that you have the opportunity to help avoid conflict within your family.

Ideally, an estate plan is prepared carefully and then regularly reviewed and can be done so right up until your death as long as you have the legal capacity to do so.  Sometimes, it is only when people are confronted with their mortality that they actually make a will for the first time. Being on your deathbed can also be a catalyst for a serious review of your will or estate plans.  Done well, a deathbed will may be very beneficial for families and may save them money, prevent misunderstandings and administrative hassles.  If it is not handled well, though, the will may be then open to legal challenges that could be drawn out for years, especially if the changes are radical or seem very out of character.

[Tweet “Writing a will before your death is a smart move.”]

Lionel Markey Cox’s neighbours seem to think that his deathbed will was out of character.  Not just what was contained within the will itself, but even the fact that he changed it at all. He’d told neighbours he planned to leave his property to the state or its institutions because they had looked after him so well. St Vincent’s Hospital and the Brotherhood of St Laurence’s Coolibah Centre on Brunswick Street in Melbourne were two places he was fond of and where his neighbours expected he would leave his money. Instead, it was a Melbourne nurse, Abha Anuradha Kumar who has become the sole beneficiary of Cox’s will with the significant sum of $939,000. His neighbours were shocked – shocked that he had left his entire estate to a person he had only known for his very short nursing home stay. 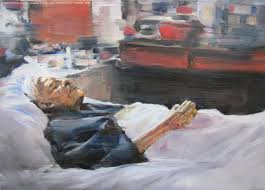 Mr Cox, 92, had been taken to Cambridge House nursing home when he became too frail to stay in his home.  He would have been there only a couple of months when he signed a new will making Ms Kumar, the manager of aged care at Cambridge House, the sole beneficiary.  Two weeks later he died from pneumonia. She is now being investigated by the nurses’ board regarding the deathbed will. “I knew Lionel for more than a decade and find it impossible to believe that he would knowingly have left his estate to an individual he hardly knew,” said John, a neighbour who did not want his surname used. “I do not regard this as a vigorous investigation.”

St Vincent’s hospital did their own investigation and found no evidence that Ms Kumar had exerted any influence or pressure over Mr Cox.

The deathbed will itself, although fulfilling all the legal requirements, is not entirely convincing based on there appearing to be two different handwriting styles on the document, and several attempts at spelling his home address. It was witnessed by two other staff at the nursing home and the Supreme Court of Victoria has granted Ms Kumar probate of his will.  During Mr Cox’s stay he was assessed and found “competent and not suffering any cognitive decline or confusion”.  His deathbed will is likely to stand as is – particularly if there are no family members who wish to challenge the will.

All Will Makes Must Have Testamentary Capacity

[Tweet “There is very little protection against financial elder abuse with wills.”]

There is no criminal offence for coercion or manipulation of a person in relation to their will. Specialists in will and estates say there is very little protection against financial elder abuse with wills. There were weaker rules regarding who could witness a will than for appointing somebody Enduring Powers of Attorney. The law for the latter has recently been updated to include specific qualifications for witnesses.

The witnesses for Enduring Powers of Attorney cannot be a relative or a care worker or accommodation provider for the will maker. One witness must have certain qualifications (ie either be authorised to witness affidavits or a medical practitioner). The same protections do not exist for wills, leaving the way open for undue influence.

If undue influence is suspected, the burden of proof falls to the party who alleges that it occurred, which can be extremely difficult.  Whether Mr Cox was coerced is not something he himself can now shed light upon.

Scott Beaudin, a financial advisor, had a client who made some serious amendments to his will when he was given just 10 days left to live.  At 48, this man had lung cancer and he’d taken a turn 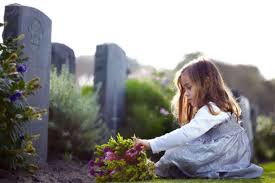 for the worst, but was still considered to be of sound mind.  The dying client got Mr Beaudin to quickly set up a trust to hold $1.5 million in death benefits from an insurance policy, to provide for his wife and children.  He also changed the guardian he had named for his children in the event that his wife died while they were still under 18.  He had decided that the new person named was a more suitable choice. When the prospect of death becomes real, things can gain greater clarity for some people.

If you need some advice in drafting a will then we can help you to do that.

If you think that a family member has drafted a will under undue influence or when they did not have testamentary capacity to do so and you’d like some specialist advice, then please contact us for a free, 10-minute phone consultation.