When A Multi-Million Dollar Fortune Is Lost 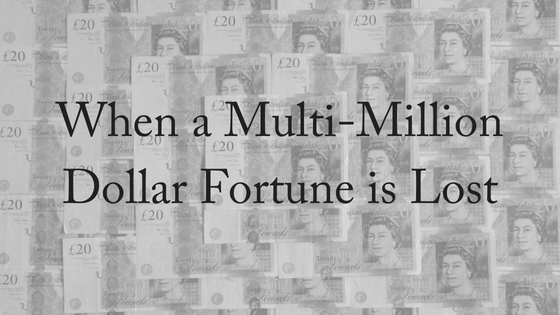 A family in the United kingdom have commenced a legal battle over a fortune worth hundreds of millions of pounds. Patriarch Manny Davidson spent a lifetime building up a property business, and set up a trust for his children in an attempt to avoid inheritance tax. But it is this move which may have caused the estate battle.

After decades of unstinting hard work and commercial success, Manny and his wife Brigitta had hoped to spend their final years at Lyegrove House, a Jacobean mansion, surrounded by friends, family and their multi-million-pound collection of art, antiques and silverware.

With the full backing of the law, their children have taken over not just Lyegrove but also vast portions of the family estate, including a Cote d’Azur villa and millions of pounds worth of valuables. And in the process, they have cut their parents from their lives completely. Communication has been through lawyers, whose bills have so far cost Manny and Brigitta a cool £10 million.

Born in London in 1931, Manny escaped death after the family home in Willesden, North-West London, burned to the ground during the Blitz. After a stint in the RAF, he joined forces with his father, buying and refurbishing properties.

Brigitta, too, is a survivor. Originally from Poland, her Jewish family somehow managed to find a place on one of the last ships from Hanover to England before the ports closed. Her father later found work as a bespoke tailor.

The pair married in 1958 and their first child, Maxine, soon followed. By the time Gerald was born three years later, Manny’s property business had taken off.

As it became ever-more successful – the trust fund eventually reached a value of around £600 million – he built a remarkable collection of art and antiques: Old Master paintings including a Gainsborough and Hogarth, Burgundian tapestries, George III furniture, and a silver collection worth millions in its own right. The Davidsons became major charitable donors.

By the early 1970s, the Davidsons were keen to secure their children’s financial future and established a discretionary trust. As the business grew, the best of the properties were put into this trust, several in the children’s names. It was a move which could save them a huge sum when, in time, they came into their inheritance, but it sowed the seeds of the disputes to come.

As the children grew into adults, they were given homes in London – in Hyde Park for Maxine and a four-storey Queen Anne house in Hampstead for Gerald. Together, they received a staggering £20 million a year from their trust fund.

Then, in 1992, Manny and Brigitta purchased Lyegrove, a Grade II listed Jacobean house in Gloucestershire set in 18 acres, not far from Prince Charles’s Highgrove estate, and poured every resource into restoring it.

‘We bought Lyegrove in the first place because of the grandchildren,’ Brigitta says. ‘It was a place for the family to get together.’ 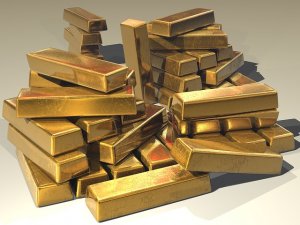 As with so much else, Manny put the house in his children’s names. ‘We could never have guessed that Lyegrove, our pride and joy, would become the focal point of the rift,’ says Brigitta. ‘I still walk around that house in my mind.’

The couple had retired to a rented flat in Monaco, expecting to use the Cote D’Azur villa and their home in England.

Documents lodged with the Chancery Division of the High Court show that Gerald, 54, and Maxine, 56, launched legal proceedings in an attempt to change the structure of the trust and deprive their parents of the power to appoint new trustees of their choosing; effectively giving them control over the fortune.

‘In recent years, the relationship between parents and children has become increasingly strained and has now effectively broken down, as the claimants have increasingly resisted permitting their father to dictate to them the conduct of their lives, financially as well as otherwise,’ the document said.

According to the document, Manny and Brigitta informed their son by email in August 2013 – around the time of their final departure from Lyegrove – that they had decided ‘to leave none of their remaining fortune to their children or grandchildren but to leave it all to charity.

Protecting a Fortune with a Testamentary Discretionary Trust

The trustee of a testamentary discretionary trust has to be given an absolute discretion in distributing some or all of the capital and/or the income of the trust from time to time in various proportions, amounts and categories to the beneficiaries of the trust.  In exercising this discretion the trustee decides who gets what and when. This could be important for tax reasons and in the case of proposed beneficiaries who may not be money-wise or who may be easily influenced to their detriment.

It’s important to understand that one size does not fit all – a testamentary discretionary trust should be tailored to your unique circumstances. And to avoid a situation similar to the Davidsons, you should always seek specialist legal advice. For your FREE, 10-minute phone consultation, please contact us today.