Why Write A Will? For Your Family’s Sake 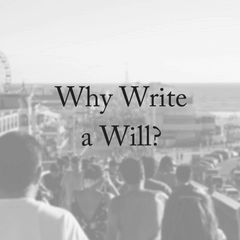 In Australia, it is the 30-somethings who are the most unenthusiastic about writing a will.  Half of all Australians haven’t got one, yet every single one of us will die.  Yet it’s important to consider: why write a will?

[Tweet “In Australia, it is the 30-somethings who are the most unenthusiastic about writing a will.”]

At 36, Hadley Allchurch is one of those 30-somethings that has been reluctant to write a will. It’s at the end of a long to-do list for him. He says, ‘‘What I’ve always thought is, if I die naturally everything will go to my next-of-kin and that’s my wife,’’ he says. “It’s not something I need to worry about just yet. At my age it would make me feel very old.’’

It was only after his daughter was born that the idea of organising a will became more than a blip on his radar. ‘‘When you start to have children you think a lot more seriously about things,’’ he 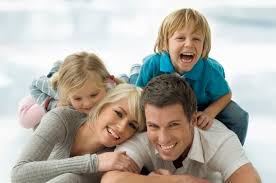 said. ‘‘My daughter has godparents so if anything were to happen to us, they would pick up the responsibility. There’s nothing in writing, but it’s been discussed. I’m also a godparent to a couple of kids and that’s the arrangement I have with their families.’’

Allchurch does not have a will, but his wife does and she has encouraged him to do the same. Research by State Trustees shows milestone events are the main triggers for will preparation. The birth of a child or grandchild was the number one reason 27 per cent of people aged under 50 organised their will, while 23 per cent did so after purchasing a property or asset.

Craig Dent, State Trustee chief executive, says making end of life plans simply doesn’t rate high on the agenda for a lot of people. ‘‘There’s so many people who haven’t gotten around to it because they’re time-poor,’’ he says. ‘‘Their kids have busier social lives than they do and they spend a lot of time running after their kids.’’

People also don’t like thinking about writing a will because it’s inextricably tied to death, and many people find that incredibly confronting.  Twenty-three per cent of Australians under-50 said they didn’t think they needed a will and a further 12 per cent believed they were too young to need one. But we don’t know when we will die. What is more confronting, though, is that families who have a loved one die without a will not only have to deal with the grief of their loss, but also the mess that can be left behind when there is no will.

Why Write a Will?

It is one of the most loving things you can do for your family before you die. A will can help you:

[Tweet “Writing a will also helps you to clarify what’s important to you.”]

What Happens if You Die Without a Will in Australia?

If you die intestate (without a will) then it is the State’s Intestacy Laws which will be the decider of how your estate is divided up.  If you don’t have a will then there are lots of things you don’t get a say about including:

Accredited Specialist in Succession Law (Wills & Estates) Bryan Mitchell says: “Many people have complex lives. You may own assets with a someone other than your spouse, like a sibling or friend. You may have a company, business or trust. You may have been divorced and re-partnered, with children from different relationships. In all of these situations, a clear and detailed will is the only way for you to make your wishes known and to reduce the likelihood of conflict over your estate.”

Why write a will? Because writing a will does not need to be a complicated and scary affair.  What can get very messy and be painful for your family is you not having a will.  To speak to one of our estate lawyers, please contact us today.  We offer a free, 10-minute phone consultation.