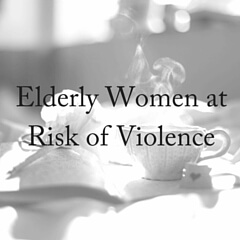 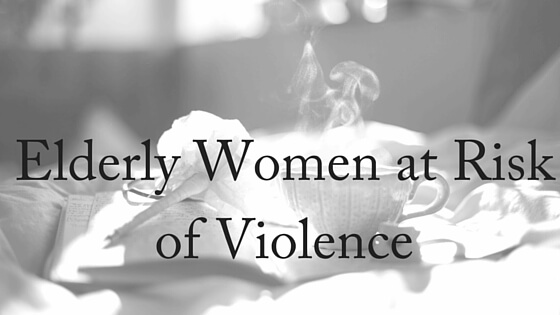 Elder abuse is an term that doesn’t fully explain the myriad of ways in which older people may be harmed or exploited. Nor does elder abuse acknowledge that women are at greater risk than men for abuse.

Domestic violence is something we often associate with younger women and their children. It is a commonly cited statistic that on average two women are killed every week by a partner or ex-partner. What is less well known and anticipated is that many of these women are over 60 years of age.  The “age-crime” curve has been universally accepted for a long time.  We believe that offending and victimisation decreases with age and that older people are unlikely victims of violence. But this is not true.

Recent research defies the notion that the elderly are not at risk.  We are steadily becoming more familiar with the term ‘elder abuse’, but it is often seen as gender-neutral so we don’t get the full picture of violence against women.  Domestic violence is not limited to a certain age group and neither is rape or homicide. While there are a plethora of statistics about sexual violence against younger women, older women – those aged over 50 – are largely missing from the data.

[Tweet “Older women are just as vulnerable to rape as younger women.”]

Homicides involving older women (sometimes called ‘eldercide’) have had some serious myths around them.  The important work of Karen Ingala-Smith – who collects information on women killed by men in the UK through her project Counting Dead Women – provides some insight into the contexts of homicides involving older women, and challenges these dominant myths. Her data shows that most of the women aged over 60 were killed by a male family member, either a spouse or a son/grandson and not a stranger (often linked to burglary/theft).  This is more in line with our understanding of the perpetrators of domestic violence and elder abuse. Data shows that older women (over 75) are more at risk of murder compared to men. 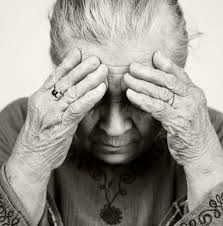 Older women need our help. As the world population continues to age, it is likely that increasing numbers of older women will be victims of fatal violence by men. There is now an urgent need to recognise and respond to the risks that older women face – and save their lives.

And it is not just in our homes that we need to be vigilant.

A shocking new report reveals that a startling number of older women are being raped and sexually assaulted in aged care facilities, hospitals and even in their own homes.

”… I said something like, ‘The nurses are marvellous in here,’ and Mum said to me, ‘Oh, all except one with wandering hands.’ [Mum] became distressed and then spoke again about this male nurse in the white uniform with the fat tummy and how she was frightened of him … He had pressed himself against her and then placed her hand on to his penis. I was shocked and appalled and inquired further to find that he had also … molested her with his finger.

This shocking story is one of many in Norma’s Project, a groundbreaking report from La Trobe University.  It is a report named after the mother of one of the researchers whose sexual assault was a catalyst for getting the project started. It took three years to complete and has been integral in bringing to light the sexual assault of older women in Australia.

Norma’s assault led to a sharp decline in her health and rapid acceleration of her dementia. No charges were laid because of lack of forensic evidence.

66 hard-won interviews with women who have been abused, as well as family members, care providers and sexual assault support workers are included as part of the evidence for Norma’s Project. The report explores our cultural attitudes towards older women and looks at a range of circumstances in which abuse happens. It provides recommendations to raise awareness and encourage prevention and early intervention. It also recommends the introduction of a ”working with vulnerable people” check similar to the equivalent for children. Better partnerships and communication between care providers, police and support services are also desired.

There are many resemblances between child abuse and elder abuse.  We are just in the beginnings of community awareness of elder abuse, just as a generation or so ago sexual crimes against children were hardly acknowledged or talked about. Ageism is a thing and a stumbling block to understanding. It is not just the young and attractive who are victims of rape.  Physical violence is about power and it’s much easier to exercise control over a frail or defenseless older woman and the consequences are lasting. 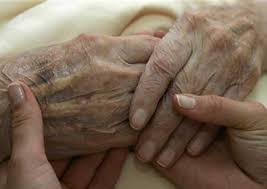 Susan Ryan, the Age Discrimination Commissioner, says ”In the training of care workers we must have a greater emphasis on human rights,” she says. ”Training a carer is more than training to assist with a person’s physical needs. It needs to be understood that no matter how frail they are, they still have the human rights of any human being; they’re entitled to our protection because they can’t protect themselves.”

Violence against elderly women is a worldwide issue, often going unchecked. The United Nations have been called upon for stronger action to tackle the issue.

Research by HelpAge International has shown that women aged over 49 are often excluded from statistics on violence, leaving them “invisible”.

[Tweet “Women over 49 are often “invisible” and often excluded from statistics on violence.”]

One of the U.N. global goals adopted last year was to “achieve gender equality and empower all women and girls”. But this was mainly focussed on eliminating female genital mutilation and ensuring women’s access to sexual and reproductive health services – aimed at younger women. The “lack of visibility” of older women was acknowledged in a U.N. report titled ‘Neglect, Abuse, and Older Women’. Although emotional abuse of women is most common, the spouse was found to be the most likely offender for any kind of abuse, including physical violence.

If you suspect elder abuse of any kind, please seek legal advice immediately. You may be saving someone from great harm.

Please contact us for a free, 10-minute phone consultation with one of our experienced and caring staff.