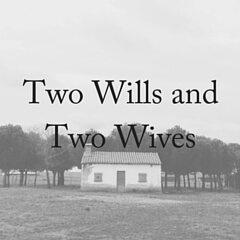 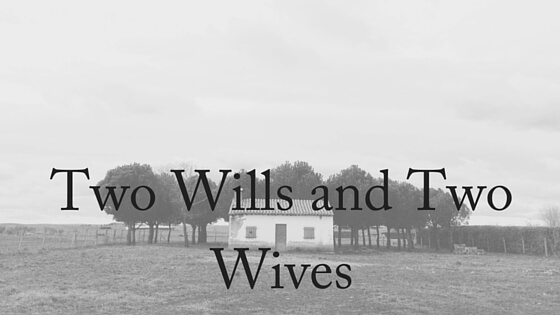 Mike and Charmaine Smith loved animals. They didn’t have children, but did have dogs, cats, geese, a pig and 120 sheep.

In 2011, Mike drafted a will that left $65,000 to an animal charity for the care of the animals. “None of the animals are to be put down or slaughtered … the funds are to ensure they are looked after until good homes are found,” the will stated, adding that he didn’t want his dogs to be separated “and my geese are to be donated to a wildlife reserve”.

The rest of his estate was to go to various charities, including the World Wildlife Fund, Red Cross, World Vision and Salvation Army.

In 2012, Mike learned that he had Stage 4 lung cancer, a shock because he had never smoked.

Charmaine died in May 2014, aged 46, having battled the chronic lung disease bronchiolitis obliterans most of her adult life. She and Mike had been married 28 years.

A few weeks after her death, Mike met Corinne on an Internet dating site.

[Tweet “Two wills and two wives: which will is the right one?”]

On April 22 last year he returned to his lawyers – just a day before flying to Mexico in a desperate last bid to prolong his life with Vitamin C treatment – and signed a new will, much different to the last. It made no mention of animals or charities. Instead, the sole beneficiary was his new wife, Corrine.

Other family and friends would inherit his estate but only if Corrine died before him. Six weeks after signing the new will Mike died, aged 53. His estate was worth $2 million. 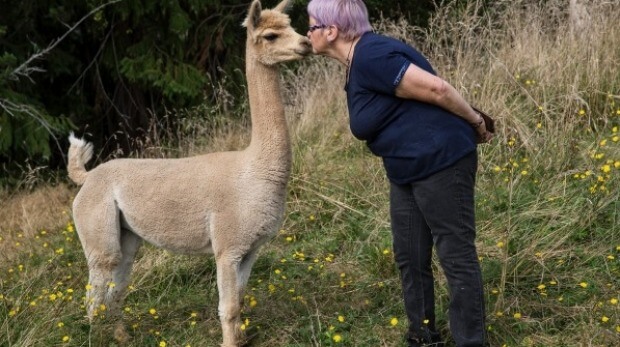 Tricia Phillips is contesting her friend Mike Smith’s will.

Family friend Tricia Phillips, 60, met Mike and Charmaine in 2001, when she answered their ad for a house and pet sitter. “We were so much alike with our love of animals. Probably for some people it was a bit crazy, because we were pretty over the top,” says Phillips.

She would house-sit for the couple at their 5-hectare spread near Ashburton on the South Island of New Zealand while they travelled overseas, taking time off work to care for the animals.

In 2013 the couple bought a new property near Rolleston, Christchurch, to be closer to medical treatment. The couple invited Phillips to join them and she lived in a separate flat on the property, continuing to care for the animals and the couple as their health deteriorated. Both were terminally ill by this stage.

Mike was very ill when he married Corrine in 2015. The same year, he bought a property near Hamilton for $520,000 into which Corrine’s parents moved.

In April the same year. Mike emailed his lawyer  saying he was travelling overseas and had better sign a new will.

According to Phillips, the day Mike and Corrine flew to Mexico, Mike came to her with some big news – he was leaving the Ashburton property where they had first lived, valued at $820,000, and its contents to her.

“He told me I never had to worry again because that was a home for myself, my pets and his pets.”

Phillips says she was stunned by Mike’s generosity. “I was overcome and hugged him.” She emailed him after he left: “I can’t believe that you would do that for me and the pets. I have been worried about where I would go … as I’ve always said I would have to live in the car with the dogs etc as I couldn’t ever part with them.”

Mike wrote back asking after his animals, saying he hoped to come home in “better shape than when I left” and saying he missed Phillips, his “special friend”.

[Tweet “Should promises made to his first wife be honoured in his second will?”]

The couple stayed in Mexico for about a month but the treatment was unsuccessful. The day after he returned to Christchurch, Mike was admitted to hospital and died a few days later.

According to Phillips, Corrine and Mike’s father, Ross, organised for a truck to come and pick up the sheep and for the other animals to be sent to various new homes. The contents of the Ashburton property were cleared out and items sold, she says. 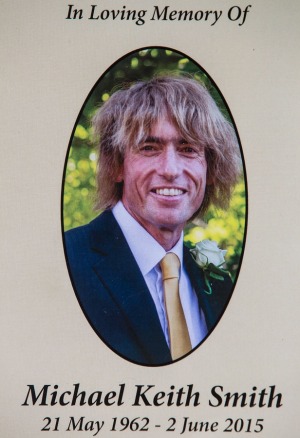 “They were going to take the sheep to slaughter. I said ‘No, Mike and I had talked about it in the hospital and they’d be coming to [Ashburton] with me. Corrine said ‘No, Ashburton’s being leased out’.”

In a text message to Phillips around this time, Ross Smith wrote: “Don’t bother with the sheep. We will look after them and arrange their departure. They are part of the estate and will be found a new home. No reply [to this message] will change the situation.”

After Mike’s funeral Corrine gave Phillips the bad news – under the terms of the will, the Ashburton property would only have gone to her if Corrine had died first. “I was shocked, that’s not what Mike told me,” Phillips says.

The will appointed Corrine and Ross Smith executors and trustees. The estate was substantial, although mostly tied up in three properties. Together they were valued at $2.33m, with mortgages totalling $655,000. Mike also left $77,000 in cash and shares.

Phillips was served with court papers ordering her to leave the Rolleston property. .

She has instructed a lawyer to investigate whether she can make a claim against the estate .

Corrine’s lawyer wouldn’t comment, other than to say: “The estate does not accept that there was any testamentary promise made.”

Ross Smith ​believes Phillips has done “damage” with her actions. “It’s just been chaotic. She’s done everything she could to create problems. We had to have her evicted. I don’t know how many dogs she had in that place – we’ve had to re-do carpets.”

Phillips says she is not motivated by the property or money. “I’m a very independent person, I look after myself.”

Charmaine told her on her deathbed that their fortune was to go to charity and animal organisations, Phillips says, and she’s contesting the will in her friend’s memory.

“She trusted Mike to do what they had decided. She would be absolutely horrified and devastated.”

Whether her challenge to the estate will be successful remains to be seen. Usually, you have to be a close family member (spouse or child) to contest a will. However, Phillips may argue that Mike didn’t have testamentary capacity when he made the second will, or that Corinne unduly influenced a terminally ill man.